Halloween and Catholicism in

I wish I had been able to read Father Steve Grunow’s research and commentary 30 years ago. He would have saved me a lot of grief because, although I let my kids celebrate Halloween, often dressed as saint. I felt guilty.

Halloween does not have pagan roots but rather Catholic. Halloween (or “All Hallows Eve”) is the festive precursor to the celebration of the Church’s public commemoration of All Saints Day.

And this is precisely why Protestant Christians dislike Halloween and all other Catholic Festivities.The public festivals of the Catholic Faith were characterized as a corrupting and dangerous form of paganism. Halloween with all its carousing and shenanigans was especially problematic, as it represented the incursion of a specifically Catholic cultural form into a public life that was supposed to be Protestant. Everything associated with these Catholic festivities was caricatured as pagan and the association stuck with even the Catholics internalizing the critique and believing that their own customs were holdovers from paganism. Read Father Steve Grunow’s eye-opening article.

who have died in a state of grace.

This is the first All Saints Day that I can commemorate 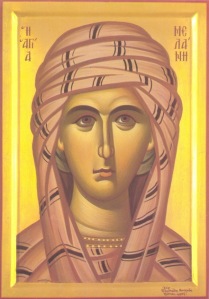 10 thoughts on “7 QT Friday: Halloween is Catholic and How to Become a Saint”