Today’s Gospel: John 7:1-2, 10, 25-30
This section of scripture leaves me feeling irritated, almost as irritated as Jesus seems to be. Of course part of that frustration is because this was written by John who loves to talk in circles, leaving his readers hanging.

At first glance this passage simply talks about Jesus moving around Galilee, not wishing to travel to Judea because the Jews are trying to kill Him. In the end He does slip secretly into Jerusalem but everyone is gossiping about whether He is the Christ or not. Finally Jesus seems angry as He actually shouts out  in the temple. Remeber, this is John’s gospel, so Jesus speaks in riddles telling the crowd that yes people know where He comes from physically. However they do not fully grasp where He actually comes from because they do not really know the one who sent Him. Naturally the authorities know that  Jesus is referring to God, the Almighty. They try unsuccessfully to arrest Him but it is not yet time.

What I sense is that Jesus is as frustrated as the crowd, the authorities and as  the readers are. Here it is the end of three long years of teaching and healing. He has performed marvelous miracles, yet God Himself, walking on earth is still not recognized. Jesus seems like a failure at this point in His ministry. He has a handful of disciples. He is preparing to face torture, death and rejection by the very people He has come to save. Yet, He understands that He cannot judge His life with earthly eyes. Out of death will come life. What seems like utter failure, will be a resounding success. The lesson for us, of course, is never to take supposed failure at face value because God makes everything turn out for the good for those who trust in Him.

Have you ever felt like a project was an utter failure, only to watch God bring good out of the ashes of your defeat?

Lord forgive me for demanding results and immediate success in my life but grant me the wisdom to see deeper than surface appearances to discern the work of your Spirit to bring life out of defeat and death. 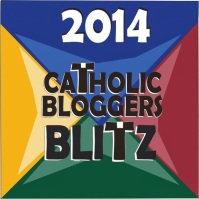 6 thoughts on “From the Ashes of Defeat”