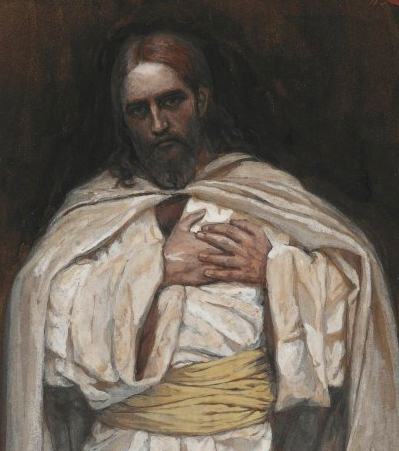 When people manipulate words, even  scripture, with the sole purpose of supporting their own point of view, rather than using words and scripture to discover the truth, they are using sophistry.. Sophistry could also describe the logic used by a lawyer intent upon persuading a jury to find a criminal not guilty. The word sophistry describes the language and logic used by the scribes and pharisees in today’s gospel

The uneducated crowd listened  to Jesus with their hearts when He preached. They recognized that Jesus spoke with authority and power,  that He spoke the truth. These simple folk could state that, “This is truly the Prophet.” Others said, “This is the Christ.” Even the temple guards dared to stand  up to the pharisees by refusing to arrest Jesus because they declared, “Never before has anyone spoken like this man.” Yet even some in the crowd used scripture like the pharisees; they picked out verses from here and there which supported their view that Jesus could not possibly be the Christ because He was from Galilee and not at first glance from Bethlehem. When one of their own, Nicodemus dares to speak out a different truth, they shout him down and quote another scripture out of context. We can dig up scripture, take it out of context and use it to support our own pet theory, from everything to stoning homosexuals and prostitutes to enslaving other human beings to denying that jesus is the Christ.

The reading from Jeremiah  and the Responsorial Psalm take this discussion away from intellectual wrangling and show the anguish of the betrayed,  Christs as the lamb who was led to slaughter. Although betrayed, still he clings to the truth that God will defend the innocent. Even though Jesus appears to be abandoned by God, he knows tha surface appearances are deceptive.,Even facing betrayal and  the cross, Christ repeats the words of the psalm, O Lord, my God, in you I take refuge.

6 thoughts on “Don’t Be Seduced by Word Games”