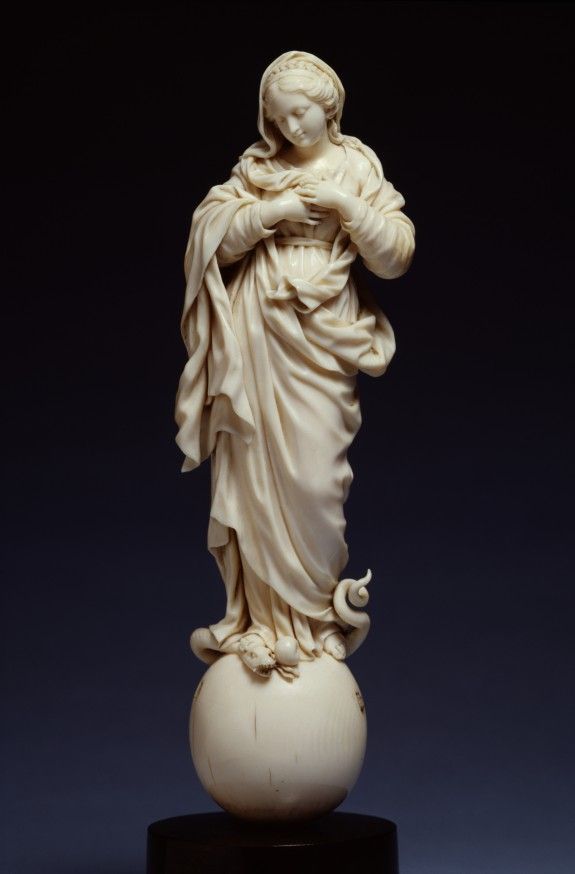 El Greco: Virgin of the Immaculate Conception and St John

Christians in the first centuries of the Church believed in the Immaculate Conception of Mary,

In fact all Christians, until 500 years ago, up until and including Martin Luther, believed in the Immaculate Conception. Luther was the founder of Protestant Reformation.

I discovered this on  a post written in 2007 on Bread from Heaven. It is interesting that Luther’s followers reject anything that is not written in the Bible. However, neither Luther nor Holy Scripture itself demands that all truth should be rejected unless it is contained in the Bible.

It is a sweet and pious belief that the infusion of Mary’s soul was effected without original sin; so that in the very infusion of her soul she was also purified from original sin and adorned with God’s gifts, receiving a pure soul infused by God; thus from the first moment she began to live she was free from all sin.

She is full of grace, proclaimed to be entirely without sin- something exceedingly great. For God’s grace fills her with everything good and makes her devoid of all evil.

[She is the] highest woman and the noblest gem in Christianity after Christ . . . She is nobility, wisdom, and holiness personified. We can never honor her enough. Still honor and praise must be given to her in such a way as to injure neither Christ nor the Scriptures.      (Sermon, Christmas, 1531) 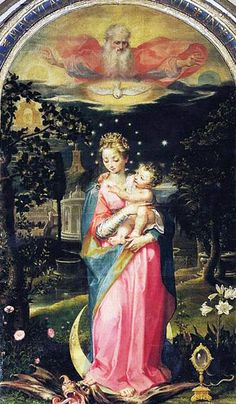 No woman is like you. You are more than Eve or Sarah, blessed above all nobility, wisdom, and sanctity. (Sermon, Feast of the Visitation, 1537) 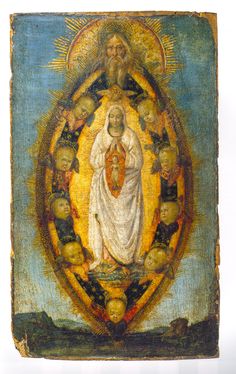 One should honor Mary as she herself wished and as she expressed it in the Magnificat. She praised God for his deeds. How then can we praise her? The true honor of Mary is the honor of God, the praise of God’s grace . . . Mary is nothing for the sake of herself, but for the sake of Christ . . . Mary does not wish that we come to her, but through her to God.   (Explanation of the Magnificat, 1521)

This statue of Our Lady Immaculate in the Jesuit church of the Immaculate Conception, London