Unresolved grief is a relatively new concept in mental health circles. Secular doctors are beginning to realize it is the root cause of many emotional problems.  In Catholic terminology, unresolved grief occurs when we cling to those who have died, refusing to surrender their souls to God or embrace our new relationship to them in the Mystical Body of Christ.

A Catholic psychiatrist facilitates a group of faith-filled men and women who are learning how to grieve and release their forgotten ancestors to God, as well as miscarried and aborted souls in their family background. The change in these people, some who have been in therapy for decades, is miraculous.

s before I understood the spiritual and emotional weight I carried was blocking me from receiving God’s love. Yet, this spiritual block was not the result of my own sin or failings. What I felt was my deceased grandmother’s guilt, shame and sense of unforgiven sin in my own emotions. It sounds bizarre but, unfortunately, my experience is common. Tragically, few Catholics discover the root of their spiritual malaise because often it means seeking psychological help. As one Carmelite therapist once commented on my of my articles,

So what holds so many souls back from making quick and steady progress in the spiritual life? There are the usual suspects: psychological impairments, generational cycles, strong habitual movements toward all things “self”, pride, controlling and other errant behaviors, bad or insufficient direction, etc., but the greatest threat to growth is the consequence of a soul’s own free choice. The Lord can and does provide the means, but He cannot force our cooperation.

God offers His children the means to become free in Him through the Church, prayer, confession but also through therapy.

My paternal, grandmother died accidentally under extreme duress as a young mother while still in her twenties. The incident occurred in the 1940’s;  she was denied a Christian burial in the Catholic Church. The young family left the Catholic Church when my grandfather remarried a Protestant Presbyterian. Of course, I was raised in the Presbyterian Church with no knowledge of my Catholic roots or of my grandmother’s story until I converted at nineteen. My father pleaded with me to reconsider my conversion; his childhood memories of how the Church handled his mother’s death had shattered him.

Decades later, I discover my grandmother was pressing in on me for prayer my entire life. We are all part of the Communion of Saints, part of the Mystical Body of Christ, but I was sensitive to my grandmother’s pleading. To try to get my attention and convince me to intercede, she pressured me spiritually, emotional and even physically. 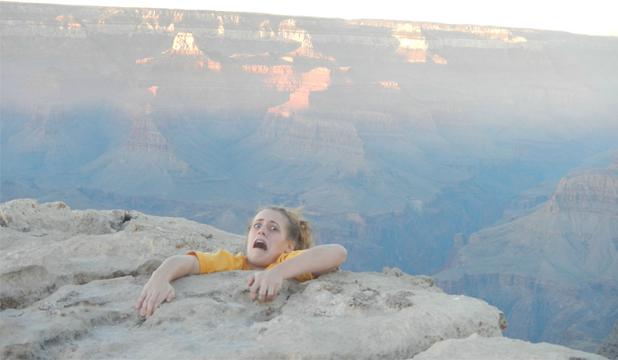 The Communion of Saints

The truth is we are all connected in the Body of Christ, both the living and the dead. The communion of saints, of all souls, is real and relevant. I am still connected to my grandmother but now it is a joyful connection, just as St. Paul tells us in his letters. Praying for the dead, especially for those we have known, is not simply a requirement of Christian charity, but essential to our own spiritual health and well-being.