The German priest-painter, Father Sieger Köder, died in Ellwangen, Germany. on 9 February 2015 just after his 90th birthday.  He was born in Wasseralfingen in Swabia and was a prisoner of war during World War II. He participated in the Catholic Neudeutschland movement, trained as a silversmith and painter and worked as a secondary school art teacher. 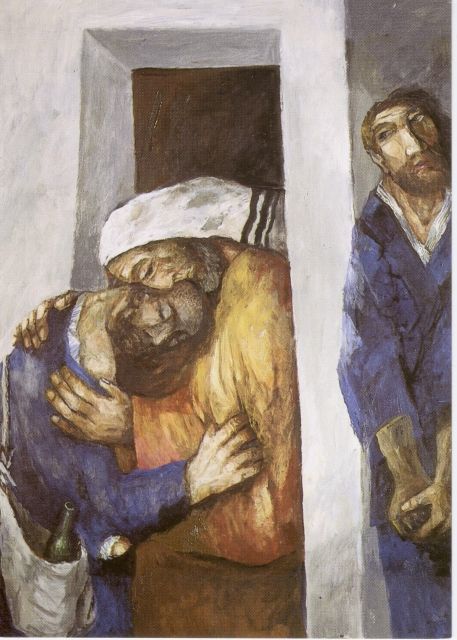 At 41 years old, he studied theology and was ordained in 1971.  He combined his vocation as a parish priest with his work as an artist, producing numerous paintings, altarpieces and stained glass windows for churches within and outside Germany.  He continued painting long into his retirement. 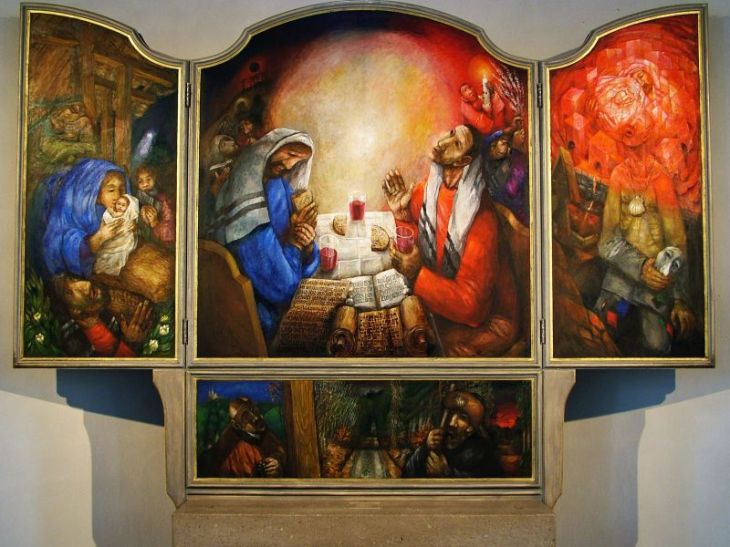 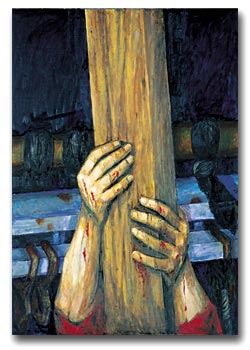 Köder’s work was influenced by Chagall, using strong colours and chunky figures. His paintings are an earthy, yet spiritual interpretation of biblical themes.  Köder’s painting is the visual expression of his priestly ministry. 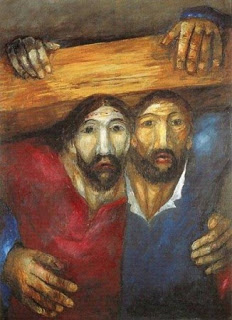 Fr Sieger Köder’s distinctive painting was  part of his ministry and revealed his commitment to the social gospel. 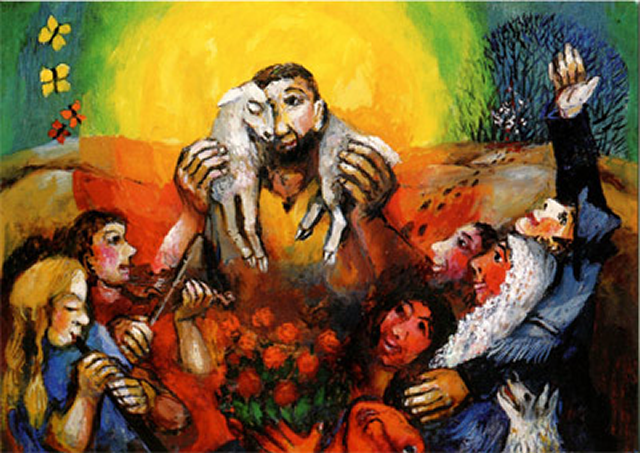