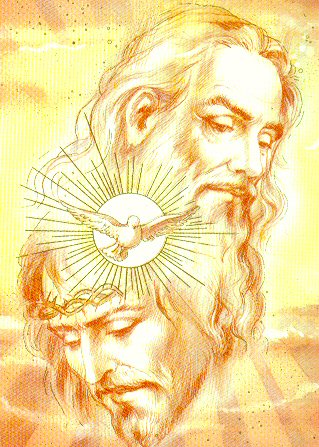 Sometimes it seems theologians love to write circles around the average Christian. Sometimes words merely complicate the simplicity of the inexplicable.

Othertimes, theologians can laugh at themselves. I rarely remember even the simplest joke but I have never forgotten this intellectual, theological joke told 30 years ago by a Jesuit priest in front of a University New Testament class.

Jesus was walking alongside of the Sea of Galilee when he turned to Simon Peter and asked him,“Who do you say that I am?”

Simon Peter answered Him, “Why you are the Christ, the Son of the living God.”

Jesus was pleased with his answer. So, Jesus turns to the modern-day theologian and asks,“Who do you say that I am?”

The modern-day theologian answers,“Why you are the eschatological manifestation in the ground of our being.The kerygma, which finds its fulfillment in interpersonal relationships.”

I still smile every time I repeat this joke but unfortunately, it reveals man’s greatest stumbling block to faith. The mind is often unable to comprehend spiritual mysteries. Even in biblical times, the educated Scribes and Pharisees could not grasp Jesus’s message. No, it was simple, uneducated people and little children who understood His message with their hearts because they were humble and hungry; they needed more than their mundane life could supply. So Jesus told stories to reach their hearts and feed their inner spirit.

Stories and analogies are still the most effective way to reach man’s inner spirit because the spirit is intuitive. Of course, everyone is familiar with St. Patrick’s explanation of the Trinity, using the shamrock as a simile. Just as a shamrock has three distinct parts yet each section is part of the leaf; the Father, Son and Holy Spirit three distinct entities, each with a different role and personality, yet they are part of one God.

The concept of the Trinity is not just some abstract mystery best left to the theologians because the Trinity is central to our faith. The creed begins with a declaration of faith in the Trinity.

232 Christians are baptized “in the name of the Father and of the Son and of the Holy Spirit”53 Before receiving the sacrament, they respond to a three-part question when asked to confess the Father, the Son and the Spirit: “I do.” “The faith of all Christians rests on the Trinity.”54

234 The mystery of the Most Holy Trinity is the central mystery of Christian faith and life. It is the mystery of God in himself. It is therefore the source of all the other mysteries of faith, the light that enlightens them. It is the most fundamental and essential teaching in the “hierarchy of the truths of faith”.56 The whole history of salvation is identical with the history of the way and the means by which the one true God, Father, Son and Holy Spirit, reveals himself to men “and reconciles and unites with himself those who turn away from sin”.57

Catechism of the Catholic Church

It is crucial that our adult minds wrap themselves around this reality but more importantly that we relax and open our hearts and inner spirits and allow ourselves to be drawn into communion with the Trinity. To be a Christian is not only to agree intellectually with the Church’s teachings but to live, move, breath and have our very being in an intimate relationship to all three aspects of the One TRUE God.

A more modern explanation could use a model of a simple electric circuit. The Father is the light bulb on the ceiling, the primary source of light. Jesus is the light switch because He triggers the connection to intimacy with God. Finally, The Holy Spirit is the wiring or the connection between man, Jesus, and God. One system but three distinct parts which have different functions.

OR try this image. Picture a glass table with a three-legged stool sitting on top. Taking in the scene we can see the entire stool and understand that it is one piece of furniture with three legs. However what if a young child was blindfolded and then guided to sit under the table. This child has never seen a stool. When asked what he can see when the blindfold is removed and without moving his head or his eyes, he would describe three flat, separate circles. Now try explaining to him that a three-dimensional object rested on his ceiling. We are just like a toddler who cannot grasp what we cannot see with our naked eyes.

No wonder Jesus used simple stories and parables to explain spiritual truths. It was the only way he could come close to explaining the inexplicable.

linking with Theology is a verb

4 thoughts on “Worth Revisiting: Theology Simplified”