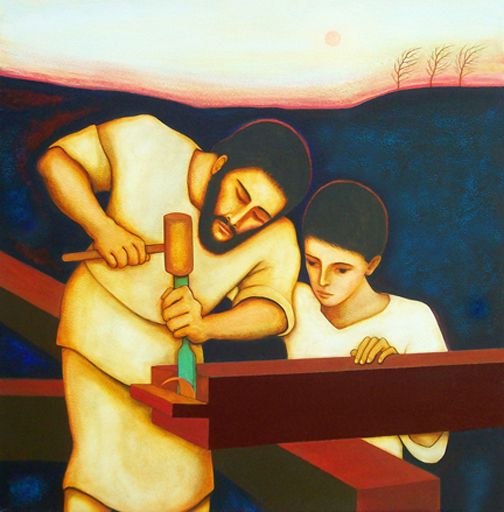 St. Joseph was a worker, strong, capable but spiritual enough to see and hear messages from God. He was courageous enough act on those commands even though they went against all common sense. His young betrothed pregnant yet a virgin? A move to Egypt, the place of slavery in the minds for the Jews? How many of us could obey such ludicrous messages? Modern artists reject sappy images of St. Joseph, choosing to capture a strong, loving man- human but supported by divine strength. 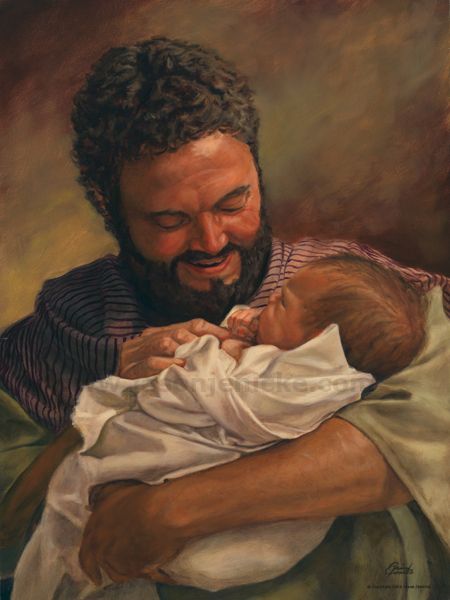 Canadian Catholic artist Michael O’Brien painted the next two icons and the painting of St. Joseph the Worker with Jesus 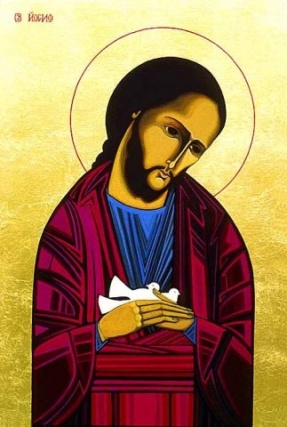 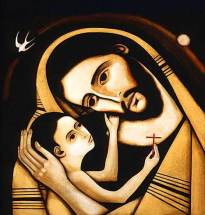 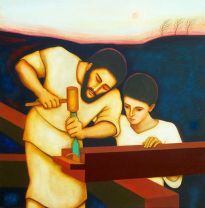 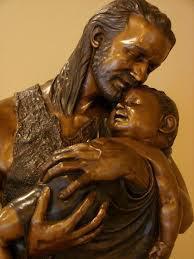 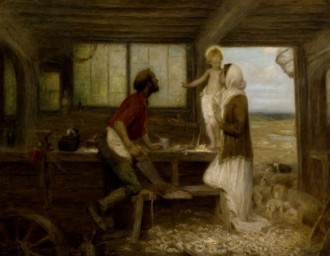 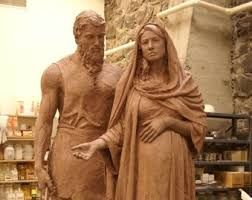 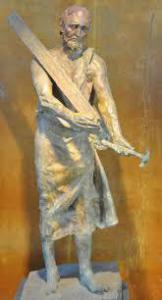 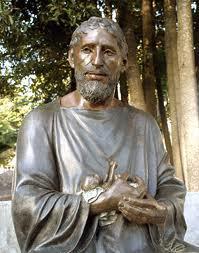 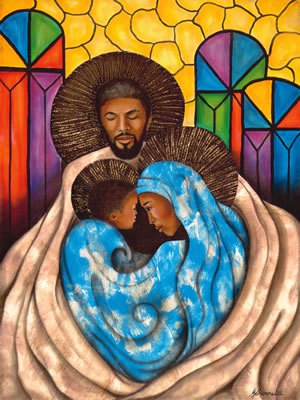 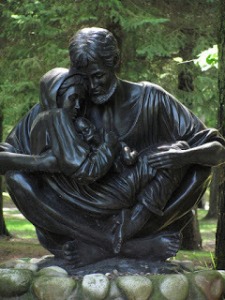 2 thoughts on “Modern Artists Capture the Spirit of St. Joseph”